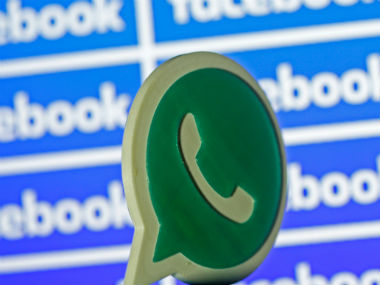 WhatsApp has signed a public commitment with Britain's Information Commissioner's Office (ICO) not to share users' personal data with Facebook until data protection concerns are addressed.

Facebook-owned WhatsApp signed an "undertaking" wherein they have given a public commitment not to share personal data with Facebook until they can do so in compliance with the upcoming General Data Protection Regulation (GDPR), which comes into force in May.

"WhatsApp has assured us that no UK user data has ever been shared with Facebook (other than as a 'data processor')," Information Commissioner Elizabeth Denham said in a statement on 15 March.

"People have a right to have their personal data kept safe, only used in ways that are properly explained to them, and for certain uses of their data, to which they expressly consent. This is a requirement of the Data Protection Act," Denham added.

ICO has completed an investigation, which commenced in August 2016, into whether WhatsApp could legally share users' data with Facebook.

The investigation found that WhatsApp has not identified a lawful basis of processing for any such sharing of personal data.

"WhatsApp also failed to provide adequate fair processing information to users in relation to any such sharing of personal data," the ICO investigation revealed.

The European Union (EU) is introducing the GDPR in May to harmonise data privacy laws.

Facebook-owned WhatsApp is reportedly working on a new data privacy option in compliance with the new legislation.

"I compliment WhatsApp in signing this undertaking, which I believe will build trust among their many UK users. I would also like to stress that signing an undertaking is not the end of story and I will closely monitor WhatsApp's adherence to it," Denham said.

A WhatsApp spokesperson told TechCrunch: "WhatsApp cares deeply about the privacy of its users. As we've repeatedly made clear for the last year we are not sharing data in the ways that the UK Information Commissioner has said she is concerned about anywhere in Europe."

Concerned over data privacy of its citizens, France's privacy watchdog in December 2017, issued formal notice to WhatsApp, asking the popular mobile messaging app to stop sharing user data with the parent company Facebook within a month.