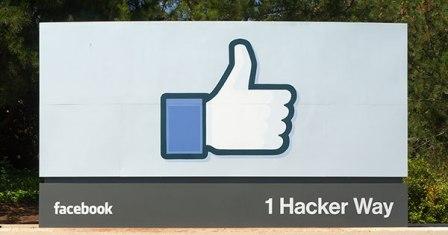 Facebook and other social networks appear to have crossed the line with respect to privacy and censorship. Facebook has been accused of helping one side while hiding the other side in many important debates. It has been accused of exposing the personal information of its users, violating their privacy. These perceptions are problems that must be fixed. What's the next step? How can we go from the status quo to living under rules that everyone will accept?

That depends largely on whether those who write the rules really understand the problems from every point of view -- users and companies, right and left. However, it's possible that nothing much really will happen. The controversy may quiet down, and these issues may disappear under all the other noise of the industry.

The latest Facebook circus seemed to end with CEO Mark Zuckerberg's congressional testimony, which was very interesting to watch. It was fascinating to see Zuckerberg describe how Facebook works, to acknowledge some of the far-reaching problems that needed to be solved, and to express his company's desire to play a role in that process.

It was quite evident from the questions they asked that many members of Congress were confused about some of the basics. A number of them asked questions that revealed they had no idea what Facebook or other social media companies were, much less what they do.

It was clear that those elected officials were not heavy Internet users. How can we expect the U.S. Congress to craft legislation to save us from problems like invasions of privacy and censorship if they don't understand many of the issues surrounding modern technology?

Perhaps the social networks themselves should play a key role in determining how to protect users' privacy and avoid censorship. The aim is not to hurt the growth of social networking companies -- it's just to make their offerings fair and safe for every user. Their participation is one slice of the rule-making pie.

I do believe the executives who run the social networks are good people. I also believe they are vitally interested in protecting the growth potential of their companies. However, we all look at the world through one prism or another. The problem is that what one thinks is right and good is wrong and bad in the view of someone else.

I want company executives to participate, but I also want the involvement of intelligent and unbiased third parties who understand the industry. The companies must be free to innovate and grow. Users must be free from censorship and guaranteed privacy. Both sides are important.

Users' rights have been abused -- something that should not occur in America. One side should not be able to exercise undue influence in an effort to control the way we think. We need a balance of ideas in the public square if we are to continue to succeed going forward.

The social media sector is still new. It has been around only for a decade, yet it has seen an explosion of growth and change. There were no social media companies prior to a decade ago. Today, there are more than we can count.

What will social media look like 10 years from now? It will be very different. To have a good tomorrow, we must make sure we protect user privacy and eliminate censorship today.

It's great the way social media weaves us all together and lets us communicate in new ways with people we never would have been in contact with before -- either around the block or on the other side of the country or the world.

Artificial intelligence offers one possibility for addressing social media's problems, but it must be developed without bias. Even AI can be a problem if its behavior is programmed by people who lean one way or the other.

If AI can be completely objective, then it might be a solution. Once it is implemented -- and that won't be for a while -- we'll need to make sure it can't be hijacked by one side of a debate. Keeping AI neutral will be an ongoing challenge that we'll have to meet with checks and balances.

As people grow and mature, it's natural to change sides about some issues. When I was 20 years old, I thought about the world differently than I did at 40. That's one reason it's important not to shut down one way of thinking. It's important to listen to both sides and adapt at your own pace.

Remember, we all think we are right. However, those on the other side think they are right too. Who is the judge? That's the problem. There is no answer -- just debate. That's the way it always has been.

Social networks can be great at creating a local, regional, national or worldwide stage for an ongoing debate. They can provide a way for us to improve the world by understanding each other better.

Looking forward, we have a lot of ground to cover. While social networks are great, we need to fix the problem areas and keep them neutral and safe. We need to protect users from loss of privacy and from the imposition of censorship.

We are at the beginning of a long trek with no endpoint. If we are lucky, we will find a path that will lead to continuing protection for users and continued growth for companies.