A master of photography: Huawei's P30 Pro put to the test 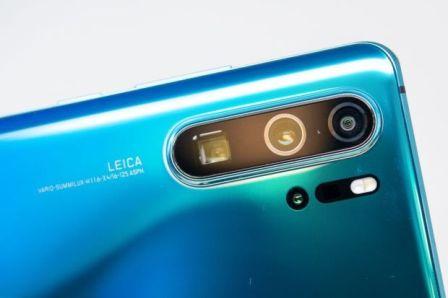 The "P" in Huawei's new P30 Pro is all about photography. With a four-lens camera hitting an insane ISO value of 409600, this phone is shaping up to be the top choice for anyone who wants the best possible smartphone photographs.

Four cameras, 5x optical zoom, enormous light output and an ISO value of 409600 – Huawei's P30 Pro is anything but ordinary. Huawei has created a phone that just gets better and better the more you try it out.

The P series phones all tend to focus on photography. The main competitors in this field include the iPhone XS and perhaps the Nokia 9 – so Huawei has decided to answer this by including an entirely new camera.

The new 40 megapixel camera has a different sensor: instead of the usual red, green and blue (RGB) sensor pixels, it has yellow instead of green pixels. This is how, according to Huawei, they achieve that fantastic ISO value of 409600.

In practice, this is hard to prove or disprove. But, it's pretty clear that the P30 Pro is able to take high-quality pictures in low light situations. Even in almost complete darkness, the P30 can find colours and details where other smartphone cameras might only show black, grey or noise.

Even in almost complete darkness, the P30 can find colours and details where other smartphone cameras might only show black, grey or noise. — dpa

That doesn't mean that the P30 Pro can take perfect pictures in the dark – but it does mean that things can and probably will change in mobile photography.

Aside from the main camera, there's a 20 megapixel wide angle camera and a 5x telephoto lens that is so thick, it's been placed at a 90 degree angle, with the light entering via a prism.

Then there is the so-called time-of-flight-camera, which isn't actually a camera that takes pictures, but one that measures the time it takes for the light to arrive at the sensor, thus allowing for extremely accurate spatial measurements.

This combination of cameras offers users a lot of possibilities: From portraits to panoramic views and extremely detailed images, everything is possible. The zoom is particularly impressive, as it really is possible to zoom in around 5x without losing any quality of the picture. Other phones in the same price range can only achieve 2x zoom.

The cameras are so good due to a combination of optical stabilisation and software support, that the P30 Pro is able to eliminate blurriness and other mistakes. The software gives the images an extra something, and gets the absolute most out of every picture.

Another improvement over the P20 Pro are the colours in photographs: in the older model the colours sometimes seemed almost unrealistically bright, whereas now the colour settings have been adjusted to appear more natural.

Next to the incredibly impressive camera set up, the rest of the phone seems almost average. The hardware is pretty much the same as what's inside the Mate 30: a Kirin 980 processor, either 128 or 256GB of storage and 8GB of memory. The 6.47in OLED display has a Full HD resolution and a fingerprint sensor under the screen. All this is very high-end – but nothing new by now.

On the front of the phone, there's a very minimal teardrop-shaped notch for the front camera. This makes for a relatively unobtrusive cutout from the display, but the notch's small size also means that no 3D face recognition is possible, only a less secure version via the camera.

Alongside the P30 Pro there's a slightly smaller P30 version with a 6.1in display, a slightly smaller storage capacity, a smaller battery and only three cameras. There's likely also going to be an even cheaper Lite model soon, although Huawei hasn't provided any details yet.